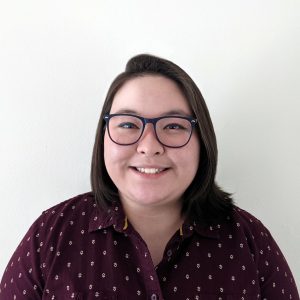 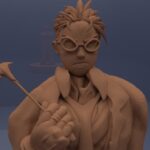 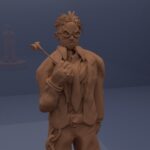 A 2021 graduate from Rutgers University–Camden, Sora Kiwior majored in Animation and Digital Studies. Their specialties are in hardsurface 3D modeling, 2D illustration, and Graphic Design. Sora is currently based in Philadelphia, PA. They initially enrolled at Rutgers with the goal of majoring in Computer Science. After the initial coding classes they realized it was not for them, but knew they wanted to pursue a career in video game production. They soon switched to Art and Animation in their sophomore year. While at Rutgers they learned how to use the 3D animation programs such as zBrush and Maya. They also honed their skills in 2D Graphic programs as well such as Procreate,  Adobe Illustrator, Photoshop and InDesign.

Sora’s ideal career is to work in the video game industry either as an animator or designer. Sora has worked in the past as a 2D/3D Artist with Universal Phoenix Group, a digital media company based in Atlanta, Georgia. They were also student researcher for the Digital Studies Department in several projects that focused on online social media harassment, animation, public art, and social justice. They created several posters and graphics for student-led events, created a podcast brand, and led an animation workshop using Procreate for high schoolers in Camden, NJ. In addition, they graduated Summa Cum Laude, while also being an active member of the Rutgers–Camden Honors College, the Athenaeum Honors Society, and Treasurer of the Art Students League for two semesters.

Throughout my life I have been drawing as a hobby on and off for many years. It wasn’t until my sophomore year of college I committed to pursuing art seriously. I always felt like I have had a late start to pursuing art, but the environment at Rutgers was very inviting and helpful. I think the reason why I was so drawn to animation and art is because I used it as a form of escapism. Escapism is a mental distraction from stressful or tedious aspects of everyday life and I found myself escaping to fictional worlds all the time. I was in love with the worlds and characters that video games and movies created throughout my childhood. The artists before me were able to breathe life into characters and worlds I have come to cherish. I frequently moved around during my life so I never ended up having that many friends during school. I found comfort in drawing and creating my own universes and friends I could escape to.

I wrote this story of a bat and farmer because it was very cute. Which sounds juvenile, but I wrote this story when were we still in the middle of the pandemic where it felt like the world was falling apart and crashing down. There felt like there was no end in sight to the pandemic and I wanted to find comfort in imagining a simple life of a farmer and a friendly bat. I want people to have a moment of relief from the harsh reality of everyday when they see my work, and escape the hardships of their lives. I hope this film and my work inspires people just as those who I look up to inspired me.