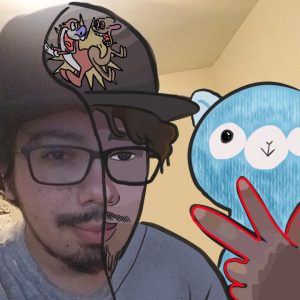 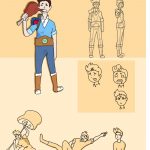 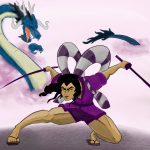 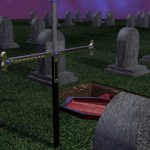 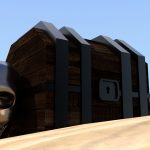 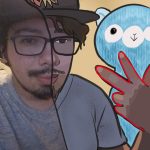 Ezekiel Montero is a student of Rutgers Camden in the field of Electronic Arts and focuses on Animation with a minor in Theater. He was born and raised in Camden and is a first-generation student. During his time, he has studied and grown both a 2D and 3D animation skill set. He has also studied graphic design, painting, sculpting (with clay and with 3D prints), acting, stage combat, photographic editing, and many other art-related fields. His focus has been practicing 2D and 3D programs like Krita, OpenToonz, Maya, Zbrush, and aftereffects to help improve his 3D work.

Before entering Rutgers, Ezekiel was a part of his high school’s charity group that helped collect and donate food to give to pets and had helped design logos and posters for them. He starred in Rutgers’s showing of Romeo and Juliet as Tybalt and a few private ones act for graduating seniors. During this time Ezekiel had realized in all his classes he always found himself drawing or in an art-related project, so he decided to switch his major from the sciences to animation. He hopes to further build his skill in the art and use it to create vivid stories that will help make others laugh and help others understand one another.

As an artist and storyteller, I feel like one of my goals is to make you remember something to carry on once you look at my art while at the same time not oversaturating the art. To resolve this issue, my idea has usually been making something that can be both simple and bold. When people think bold, they opt to go to appearance- but there are two adjective definitions to the word. One is a vivid and or strong appearance, which people are familiar with. The other is what I prefer to use in my art and stories, something that takes risks; something that is courageous and confident.

Aside from the theme of bold, another theme I like to follow in my art is deceiving appearances and the effects of poverty. In my thesis short, a boy named Volk is hungry and takes the opportunity to venture for food once his siblings are asleep. As we see him walk into a town, there is a wanted poster showing his face. He is a thief, and he steals to feed himself and his family. The story has this already established but shows the repercussions of his actions and what he is willing to do because of this poverty-stricken world he lives in. It’s to emphasize that the surrounding environment affects the people heavily and to show the deception of what is truly good or bad, the example being stealing from a shop owner or depriving starving children of food.