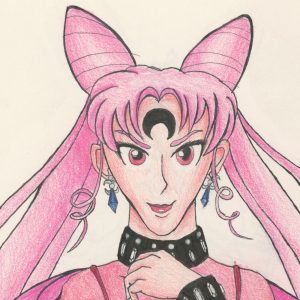 I have always loved how animation, be it cartoony or realistic, can be stretched to the end of believability while still keeping itself grounded in its own world of reality. A world can be as mystical or hopeless as anyone can make it, but it’s kept grounded with characters and stories that challenge and expand the mind. That what drove me to wanting to be involved in a medium that holds countless possibilities. Every story ever told holds some kind of philosophy that’s just waiting to be explored and not one is ever really the same. Whenever a person creates a new world with its own cast of unique characters, it can easily be a gate way into the creator’s own psyche. I want my animations to be a way to express my thoughts as well as a way to teach others that the world works in different ways to different people.

A main point that I always like to bring out it the concept of darkness. Such a concept is possible to get across, but because of how difficult some people can handle such a topic it can come across as too scary or too controversial. That’s why it needs to be properly balanced so that it’s easier to understand and not as shocking. Darkness is inescapable and can affect anyone at any age, and there are people who can’t handle the strain as well as others. That’s why it’s important to expose people, even children, to the heavier aspects of the world. Disney has been doing this with their animated movies ever since its founding, and still continue to do so to this day. I want my animations to show that it’s ok to have darkness in your life, and it’s ok to be afraid of it. There is always someone who can help you understand and cope with those dark times.