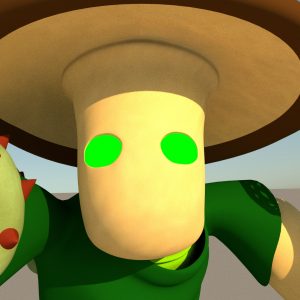 Everything we see with our eyes is a constant motion of visuals, color, vibrancy, and light, which we use to interpret what we perceive in our world. While most people have a general grasp on how the world should be perceived, in the world of animation and art, one can create something entirely unique from their own perspective on how things are shown. While art is such a huge gateway into this ideology, I find animation to be just as vast of an entryway into displaying visual art as any other medium. I chose to study and work in animation due to how I would like to perceive the fluidity of motion, color, and other visual stimuli when I am the one in control of how it all comes together.

My works so far have often involved more fantastical elements, abstractions that vaguely resemble reality, yet are still distant from our own: stories of places, people, and perspectives unlike ours, which I like to present in my works. I often blame this on my hobby of storycrafting and storytelling,of which I have fond memories. However, just because these elements of my works are fantasy, this does not mean that I wish to find myself more disillusioned in the real world, but that I often take pieces of it to incorporate into my own works for inspiration. In short, dreams and imagination come from the real world, and while seemingly mundane, oftentimes are the spark of creativity.