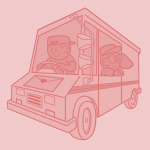 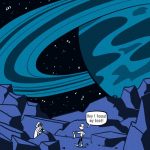 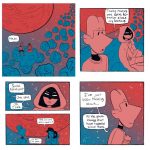 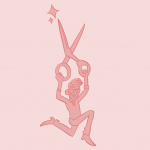 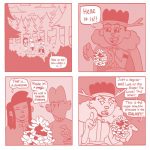 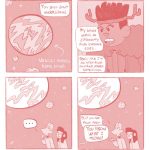 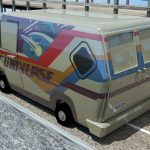 Nicholas Hirsch is a 2021 graduate of Rutgers University Camden majoring in Animation. Their specialties are 2D illustration, storyboards, writing, and character design. Nick’s dream job is to work in the industry as a series creator/showrunner. They’re experienced in programs such as Adobe Photoshop and Premiere, as well as Procreate and Clip Studio Pro.

He has worked as Vice President of the Rutgers Animation Alliance from 2018 to 2021, reviving the club with his club president with a goal of teaching skills for the animation industry. He has led production on the club’s first animated short film PUSH as creator, co-director, storyboarder, revisionist, writer, and background artist. He has published two graphic novels, Myriad and Faraday in 2018 and 2019, respectively. In 2021 they published their first short film, Cloud Service for their senior thesis film. Since 2019, he has been working to develop Faraday into its own TV series, writing scripts and creating outlines for its first two seasons.

I’m addicted to telling stories. Whether it be a short conversation between two friends, or a lengthy journey into another dimension. I love writing dialogue and creating characters. I never realized how important storytelling in animation was until I watched Steven Universe. That show wears its heart on its sleeve and that is something I strive to do with my art for the rest of my life. My artistic inspiration mainly comes from fantasy and science fiction video games and films. My stories are set in a mix of both genres, or “space fantasy.” I’ve grown so bored of the fantasy genre that the “space fantasy” genre is a perfect way for me to create a universe no one has before with its own set of rules and logic. Creating a dense universe with extreme potential for storytelling gets me excited in a way that I haven’t felt since I was a child. That’s why I love animation, I suppose. I don’t ever want to lose my child-like enthusiasm.

I was inspired to make Cloud Service after watching the 2020 film Birds of Prey with my friends that are a part of the LGBTQ community. In a VERY quick five-second scene, it is insinuated that the main character is bisexual and my friends screamed in excitement. I then realized how starved the LGBTQ community is for representation and I knew I had to tell a story dedicated to them. With Cloud Service, I hope I can make people excited and feel like they’re represented. They deserve more than a five-second scene.