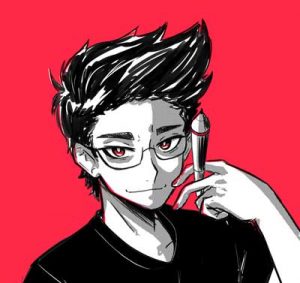 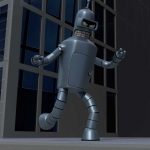 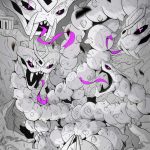 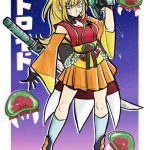 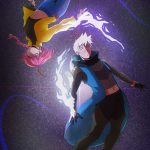 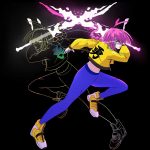 Rutgers–Camden  2021 graduate, Nicolas Suarez is an art student who majors in 2D animation. Heavily influenced by Japanese animations such Gurren Lagann, Mob Psycho 100, and Fullmetal Alchemist. His goal is to create stylized artwork that blend western and eastern cultures. Transcending traditional barriers and becoming something new and unique. Nicolas’s specializations include character designs and background illustration. He is proficient in software ranging from Clip Studio Paint, Procreate, and Photoshop to after Premiere Pro and Adobe After Effects.

Over the past few years he has become a member of the Rutgers Animation Club in Camden. During his time with the club he worked as a storyboard artist, background designer, and character designer for the club’s short film “Push”. In 2020, he designed a T-shirt and logo for Nicholas Hirsch’s comic and animated series pitch “Faraday”. Recently Nicolas has started taking commissions and has done work creating tattoo designs and other graphic design work. He will also be inducted into the Athenaeum Honors Society of Arts & Sciences this year. His hope is to start as a freelance artist and eventually achieve his goal of becoming a character designer for games and animated films.

Animation has always been a major form of inspiration for me. As a child I grew up glued to the television watching shows like Adventure Time, Samurai Jack, and Teen Titans all of which left a massive impression on me. The fact that someone could tell a story that while being made for children, was also nuanced enough to be appreciated by adults was truly mesmerizing to me. I would continue to appreciate the uniqueness of animation all throughout high school and attempt to improve my own story telling and drawing skills by studying other art forms, such as comic books. Eventually, this would lead me to Rutgers — Camden, where I have been able to learn so much from everyone I’ve come to know. This would inevitably lead to my introduction to Japanese animation which has been a major influence on my work ever since. Being able to see another culture’s interpretation of the medium has been extremely refreshing and a huge artistic influence. The fluidity of motion as well as highly stylized and bombastic designs in Studio Trigger’s work inspire me to improve with every new animation they produce. It is with this newfound perspective that I hope to create unique and genre defining work.

I have always been interested in the Cyberpunk genre and its many fascinating depictions in western media. Since it is already heavily influenced by Japanese culture I felt it was the perfect setting for my Thesis Film. I wanted to keep the serious yet light-hearted feel that can be found within both forms of animation and put my own twist on it. My two main heroes, Yuta and Kairi, engage in some light-hearted antics at the beginning of the film and then are introduced to the villain of the film. Only then for things to come full circle and create an opportunity for me to create another moment of levity. A big element of this film for me was not only delivering a fun story, but also a bit of action as well. Heavily influenced by action scenes found in anime, the moment the villain is smashed into the wall by Kairi was my way of paying homage to what I find so fun about the anime industry.