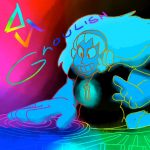 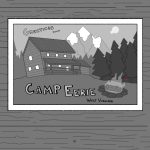 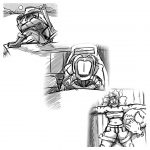 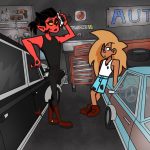 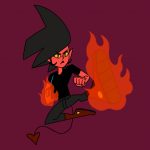 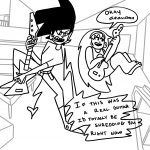 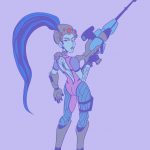 Orion Smith, a Storyboard Artist and an Aspiring Showrunner, is a 2021 graduate of Rutgers University, Camden with a major in Animation, and a minor in Psychology. Their other major skills include Directing, Screenwriting, Character design, and Background design. All of these skills were inspired entirely from the drive and passion to tell stories. They mainly work in digital 2D mediums, using programs such as Storyboard Pro, Procreate, Photoshop, Premiere, After Effects. Driven to flesh out worlds and communicate their artistic vision, they take a jack of all trades approach to art, and have even begun learning to add to their stories through audio mediums such as Garageband, Filmstro, and physical instruments.

Orion took on the role of Assistant to Rutgers’ Animation Alliance in 2019, a club formed by students to build a community and create projects. They were of the first generation of students to kickstart this club into existence, and were with it from the very beginning in 2018. While in the club, Orion worked as Co-director on their very first short film “PUSH”, as well as storyboard artist. In 2019 they published their first short film, “The Ghost Wrangler,” as well as a graphic novel “Camp Eerie,” in 2020. In 2021, they published their second short film “Closeted,” for their Senior Thesis film. Each of these projects have been a part of larger pitches, that all have potential to bloom into possible TV series’. “Closeted” in particular is a part of a 7-year long project series pitch that Orion began writing in 2014 at the age of 15.

My biggest drive has always been to tell stories. When I first watched Steven Universe in high school, it was the first time it hit me that cartoons aren’t just fun and entertaining visuals, but they can tell stories, imbue people with feelings, and change people’s perspectives. I became enamored with this, and have been chasing this idea ever since. My artistic inspiration comes mainly from fantasy — a genre that for most is an escape from reality. But I prefer this idea that I coined, “Backyard Magic” ; the idea that fantasy is just around the corner, in your backyard hiding under a rock or just beyond the fence. I used to dream of being an adventurer and experiencing fantastical stories, angry that I could never achieve that in this mundane world, but as I grew older I learned to find magic in the things around me, and that is what feeling and the lesson that I’m trying to convey through my stories.

In addition to storytelling, I’m drawn to TV production, showrunning, directing etc. because I love collaboration. I thrive in team based working environments and I want to be a part of synergetic projects as much as possible. In my free time, I prefer playing team based  games, especially Dungeons & Dragons, which is collaborative storytelling in its purest form. This year really solidified my confidence in my dream career choice as being a part of a production team, as I enjoyed working very closely with my friends and peers in the 2021 Rutgers Thesis show. Not only did I love the process of giving artistic advice to my friends, but I also took on any odd jobs that weren’t their artistic concentrations and ended up doing a mix of background art, music scoring, and editing for my lovely colleagues, Nick Hirsch, Ellia Koroma, and Nic Suarez!