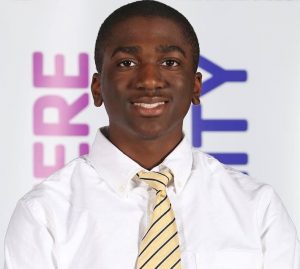 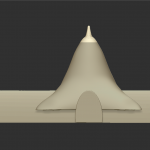 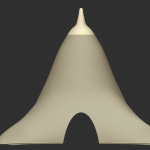 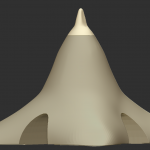 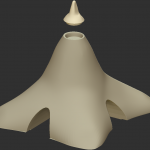 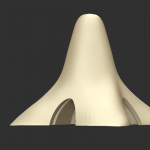 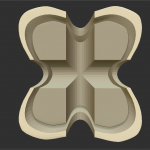 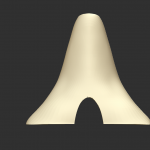 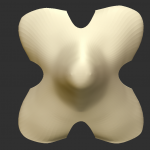 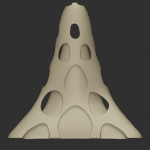 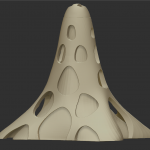 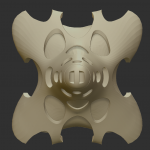 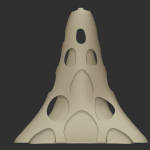 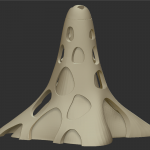 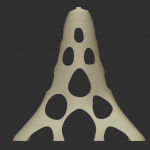 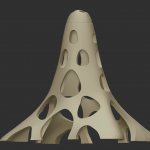 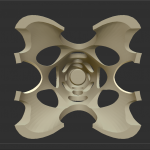 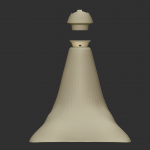 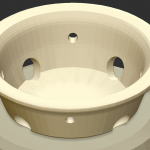 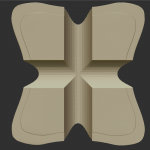 Shannen Jones is a 3D Designer and fine artist. He attended Rutgers University Camden in Intermedia and Electronic Art. While at the university he created the 3D design for what may be the first ever ant feeding station for LABitate, and art and science urban collective at Rutgers Camden. Influenced by Zaha Hadid, an architect who seamlessly blends natural and manmade forms, the project he created uses Zbrush and Maya. Booleans were also utilized to create organic holes inside the layered objects comprising the core of the feeding station. As a designer, Jones has a passion for detail, a love of virtual space and a deep interest in speculative futures. Jones’ end goals are to work in 3D printing and design. He spends his spare time animating characters from the video game Zelda.

Ants in cities eat an excessive amount of carbohydrates/sugars due to eating human food waste. This lack of protein and healthy fats in their diet make them extra aggressive and they must hunt and eat the other insects around them in an attempt to consume healthy nutrients. These eaten neighbors include insect species that pollinate. The resulting ecological imbalance reduces the number of insect pollinators in urban areas. This 3D form may be the first designed ant feeder that allows humans to offer urban ants the nutrients that may be missing from their diet. Under the direction of ant specialist Dr. Amy Savage and artist Prof. Elizabeth Demaray, this form is an architecture that may be shared by ants and humans alike, representing a new paradigm in the relationship between humans and ants.

Ants do a lot for humans that we take for granted. They aerate our soil and clean up discarded food waste. And the fact that they’re being affected by the poor food we discard shows that they are being harmed by just doing their job. This community based artwork helps people understand ants and learn about what industrial food waste does to the living beings around us. The waste we produce isn’t just  an inconvenience for us, it’s a problem for all life forms, including all the other species who share our food chain. This ant feeder aims to remind us that we are all interconnected.

Produced to be fabricated in high fire porcelain, this 3D model is composed of two cone shaped structures that encapsulate a pillow of air filled tunnels. Protecting the tiny eusocial insects, these internal walkways run from the ground to the top of the internal cone. This internal hill is topped with a feeding bowl that can be accessed by humans from the top of the structure and by ants from the ground. The conical shape of the structure, and lack of internal horizontal surfaces is aimed for discouraging ant colonies from actually nesting in the feeder chambers while making the human/ant interaction as safe as possible for both species.